Now that summer is officially over the onslaught of outdoor cinema events have begun to die down. From Jaws to Dirty Dancing these fresco film nights popped up everywhere around London this year. We’re massive fans of making a big evening out of watching a film and now that the nights are getting colder check out these indoor events that can give us our film fix. Here is just a few examples of what the London film scene has to offer this autumn.

When: Throughout the year

Nightspot Cinema host an incredible array of film and music centred events. They offer the experience of a different kind of party, stating that the audience if given the chance to ‘watch films that make you buzz then dance all night to the

sounds on screen’. The choice of film at each event are either about music, famous musicians or have renowned musical scores. You are then asked to immerse yourself into the party that follows which is themed around the music and style of each film. Most of the nights are held at the trendy East London venue Archspace, which is a hotbed of secret showcases and pop up gigs. Future events for Nightspot Cinema include Miss Sharon Jones! the 2016 documentary which looks at the life of a great funk and soul queen. This will be followed by a guest DJ set from Don Seveni whose music will take you on a journey through Daptone Records, born out of the success of the great Miss Jones.

When: The 1st Wednesday of each month

In the back room of a café this independent film night shows a selection of shorts from around the globe. Situated in the vibrant and diverse area of Brick Lane the location of this event makes it a great spot to experience London and its culture whilst getting to watch great films. The café itself serves food and booze and considers itself a café come club with DJs and live acts every night. IndieFlicks is designed to build a platform for creatives and film lovers to meet, collaborate and be inspired by the work being showcased. The shorts being screened are from same programme of films which run simultaneously with Indieflicks in other cities, creating a large national audience. You will vote for your favourite short film on the night, having questions answered by special guests and finishing with a Feature short chosen by a panel of judges. Drinks available from the bar all night!

This pop-up cinema was started and is continued to be run by a group of volunteers from Leytonstone film club. The club itself was launched in 2008 and made its debut film screening at the Leytonstone Festival with the Leytonstone born director Alfred Hitchcock’s early silent film The Lodger (1927). Every Autumn this pop-up returns with film screenings held on the first Wednesday of every month. This event is particularly relevant to this list as the film choice for November is the docu-fiction Close-Up (1990) by Iranian director Abbas Kiarostami. The film tells the story of the real-life trial of a man who impersonated film-maker Mohsen Mahmalbaf, conning a family into believing they would star in his new film. An amazing film about human identity it has been considered by many as a masterpiece of world cinema.

When: Throughout the year

The UK's First Documentary Cinema, Bertha Dochouse is offering £5 cinema tickets before 5 at any of their screenings. Based a Curzon Bloomsbury it is the first cinema dedicated to documentary films and events. Before the Bertha DocHouse screen, DocHouse spent thirteen years championing documentaries in the form of a year-round documentary film festival. This saw them screening films once a week at various cinemas across London, primarily through our DocHouse Thursdays strand and accompanied by discussions and Q&As. Their mission is to ‘promote the very best independent, international documentaries at all levels, to develop new audiences and to support and nurture new generations of independent documentary film makers’. This is a great outlet for amazing documentaries and inspiring film-makers so go and check it out!

This one is for the film fanatic who also loves science. The Science Museum is offering a great selection of documentaries screened in IMAX 3D this September. IMAX has been described as offering a unique experience that differs from watching a film at a conventional cinema. It gives you the feeling that you aren't merely watching a film, instead it's as though you're actually there and in the case of these science docs that means inside the human body, fighting for survival in Antarctica or plunging into the depths of the sea. A highlight of the selection has to be the American Documentary A Beautiful Planet (2016) narrated by Academy Award Winner Jennifer Lawrence. It explores the Earth as seen from the International Space Station and provides a truly unique vantage point to witness humanity's impact on the natural world. An incredible cinematic experience on one of the biggest screens in the UK. 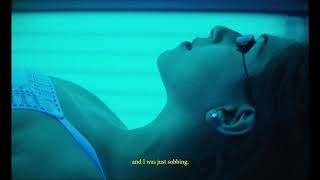